The VV-210 was the low-priced console that was developed to revive Victrola sales in the early 1920's. While many collectors disregard this unit today, it was extremely popular in middle class homes in the 1920's. While the early models were made of mahogany, the later models were made of oak and walnut. The VV-210 was discontinued in 1925. It is estimated that 212,000 VV-210's were produced and a total of 199 electric models were produced between 1924 and 1925.

For more information about the contents of this collection, e-mail sp_coll@library.msstate.edu. 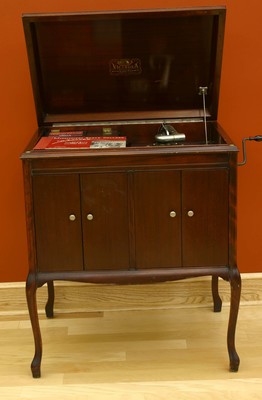